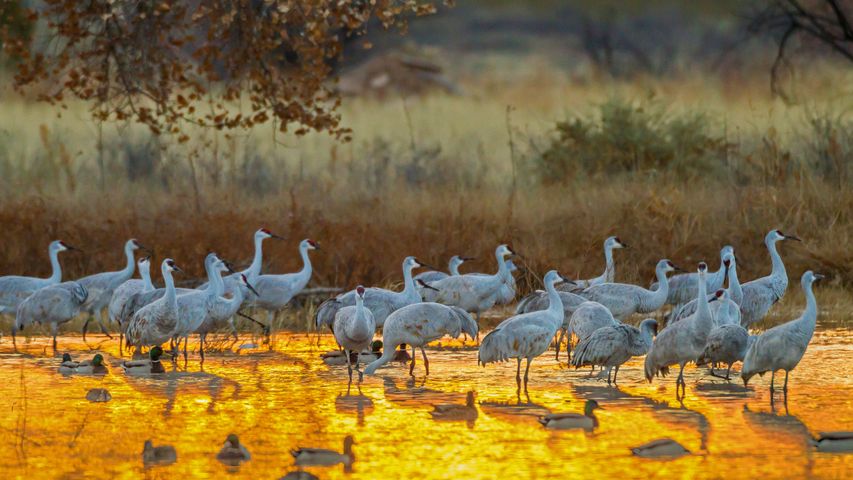 For World Migratory Bird Day, we’ve journeyed down to Bosque del Apache National Wildlife Refuge in southern New Mexico to join a group of sandhill cranes and their mallard duck friends as they feed in shallow water. Each year beginning in late October, this 23,000-hectare refuge becomes the winter home to tens of thousands of migratory birds including sandhill cranes and various species of geese and ducks who travel from as far away as Alaska and Siberia to hunker down in warmer climes. They stay until late February when they begin their journey back north to their summer homes. Since sandhill cranes can live for 40 years, it’s possible a few of the cranes pictured here have been wintering in the Bosque for decades.

Approximately 2,000 of the world’s 11,000 bird species migrate, some covering enormous distances. Imagine a nonstop flight between Alaska and New Zealand. That’s the flyover distance the Arctic tern travels twice each year. World Migratory Bird Day is held twice yearly in October and May to bring attention to these migratory birds and their challenges. Take a moment today to look up in the sky and chances are good you'll see birds heading south for the winter.