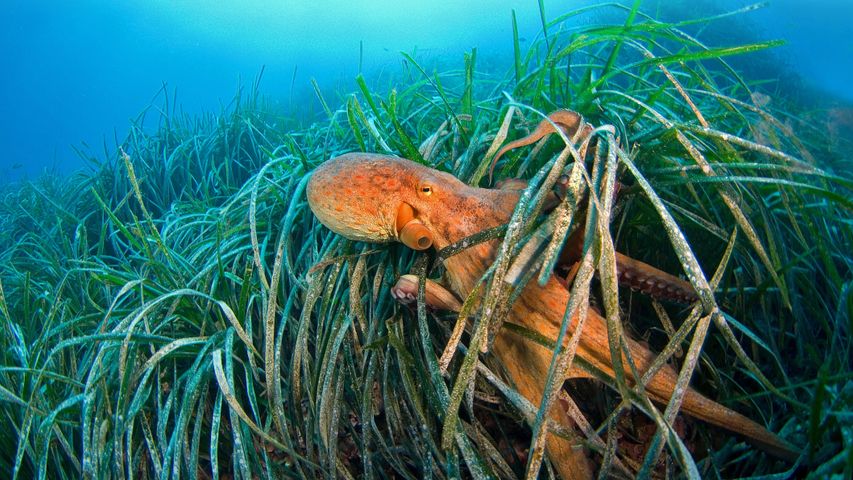 An octopus's life depends on camouflage, so don't tell this one it's sticking out like a sore tentacle. Or maybe this master of disguise is just posing for the camera? Either way, we're glad to have spotted it just in time for World Octopus Day!

The intelligence and beauty of the common octopus has been a hot topic since the documentary My Octopus Teacher won a huge audience and an Oscar. These intriguing creatures can solve tricky puzzles, squeeze into tiny holes and baffle predators through disguise and bursts of ink. But as awesome as this almost-alien creature is, don't let it hog the limelight: Today also kicks off World Cephalopod Week, celebrating not only octopuses but their relatives like squids, cuttlefish, nautiluses and even mythical monsters like the Kraken.