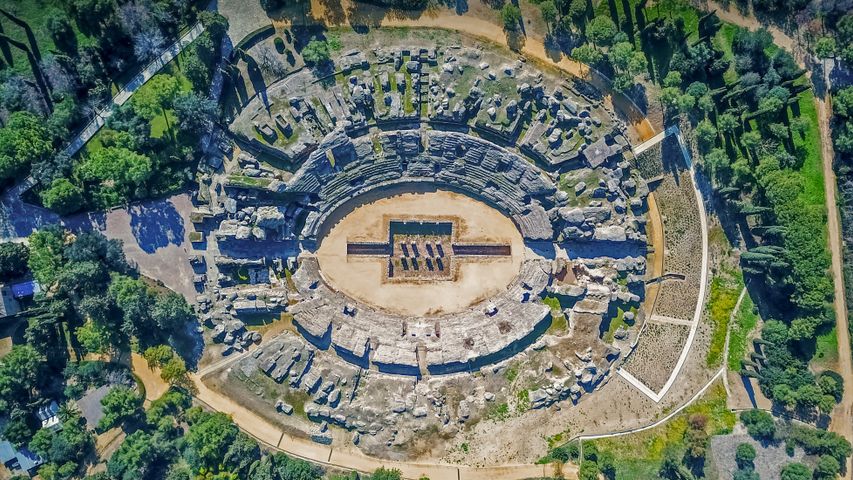 The Roman amphitheatre of Itálica near Santiponce, Spain

Just a few miles north of Seville, you’ll find the ancient ruins of Itálica, the first Roman settlement in what is now Spain and the first Roman city outside of Italy. The city was founded in 206 BCE by the Roman general Scipio as a place to house war veterans. Itálica was also the birthplace of at least two Roman emperors.

For centuries, Itálica was an elaborate urban centre with a temple, a theatre, public baths, sumptuous homes for the monied elite and a population of about 8,000 residents. This aerial view is of the city’s famous amphitheatre, where thousands of spectators came from near and far to watch gladiator fights, wild beast hunts and public executions. The 'entertainment' here was not for the faint of heart.

Today, the modern Spanish city of Santiponce has grown up around, and even on top of, the ruins. Tourists come here to walk the preserved Roman streets, admire the mosaics and imagine the scenes of life and death that happened in this amphitheatre nearly 2,000 years ago.

Loch Lomond and The Trossachs National Park in autumn, Scotland