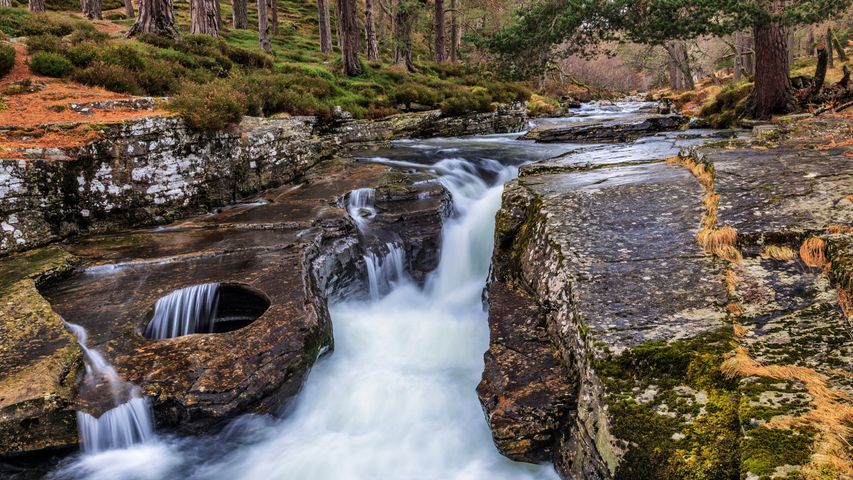 Frothing waters crash through a narrow ravine at the Linn of Quoich waterfall, near Braemar in Aberdeenshire, where centuries of erosion have worn a perfect circle in one of the rock shelves beside the river. The Earl of Mar is said to have filled it with spirits to toast the Jacobites way back in 1715 and it is still known as the Punch Bowl, although it is now bottomless so can no longer be filled to raise a glass to rebels.

It was popular with the monarchy too. The picturesque spot was said to have been a favourite of Queen Victoria, who captured its likeness in watercolour while on a visit in October 1866. This water-carved formation can be found in the lush woodlands of the Mar Lodge Estate, now owned by the National Trust for Scotland. A national nature reserve in the heart of the Cairngorms National Park, it is home to rare birds, red squirrels, golden eagles and red deer, among other creatures. After centuries of deforestation, the native Caledonian pinewood is also being reborn here. Now there’s something we can all raise a glass to.

Sunset over Castildetierra, in the Natural Park of Bardenas Reales, Navarre, Spain