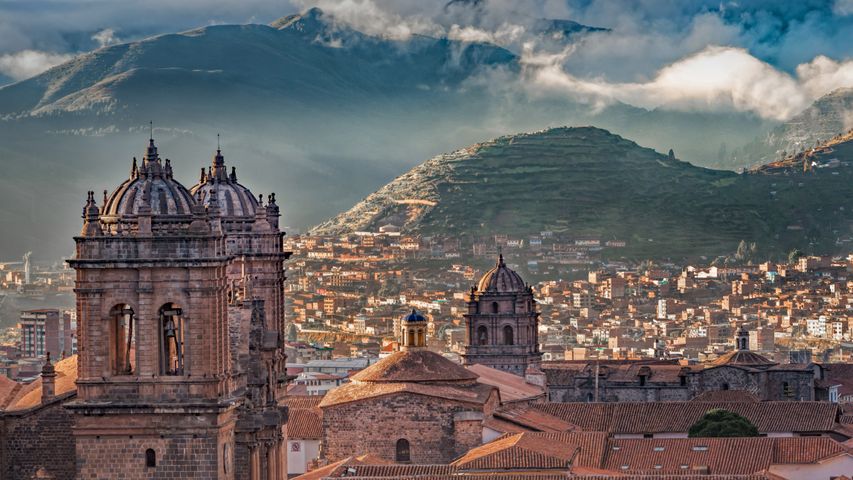 Today, we're 11,000ft (3,350m) above sea level in the city of Cusco, in the Peruvian Andes. Cusco is considered to be the historical capital of Peru, something enshrined in the country's constitution. The city served as a capital for the Incan Empire in the three centuries before the arrival of Spanish conquistadors in the 16th century.

The Spanish invaders attempted to destroy Cusco but, after failing to do so, changed course and began building instead. Cusco Cathedral, seen in the foreground of this photo, is among their longest-lasting accomplishments. Constructed in the city's busy main square, the Plaza de Armas, this Gothic-Renaissance-style building took nearly 100 years to complete. The cathedral still holds a treasure trove of colonial art and archaeological artefacts and, along with the city of Cusco itself, was designated a Unesco World Heritage Site in 1983.