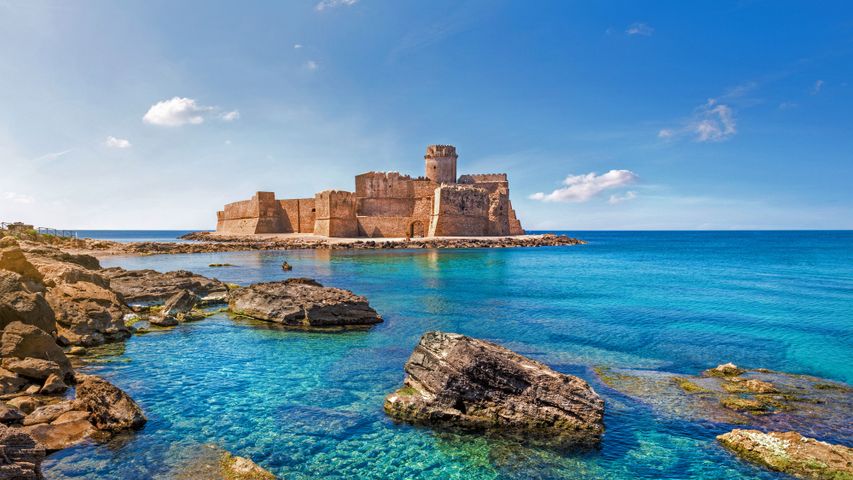 Today is International Talk Like a Pirate Day so we present to you a fortress that was really used to defend against pirates. Arr! This is Le Castella, a magnificent fortress on the Calabrian coast of Italy. For centuries it served as a defense against warring nations and rampaging pirates from the Ottoman Empire. Legend holds (and what good pirate story doesn't start that way?) that in 1536, an Algerian pirate nicknamed Redbeard stopped by here on one of his many European raiding sprees and wreaked havoc on this fortress. Gazing upon these rock walls, it’s easy to imagine area soldiers at battle with Redbeard and his pirate ships. Can you see the canons firing? Smell the plumes of smoke? Hear the clink-clink of sword on the sword?

As for Talk Like a Pirate Day, the idea for such a day was dreamed up in 1995 by a couple of Oregon guys and became an unofficial holiday after writer and humourist Dave Barry helped make it go viral. Now every year on September 19, people all over the world raise their cups of grog and shout, ‘Aye, aye!’ Well, in our imagination, at least.

A quarry in Diu