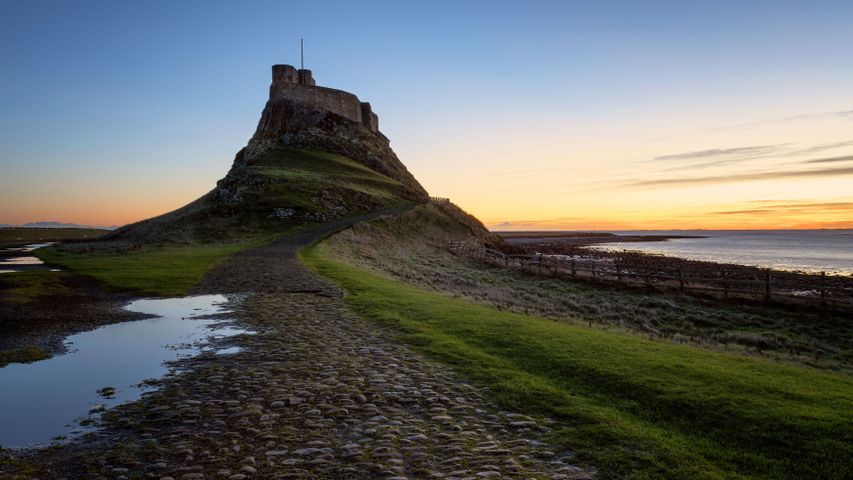 Towering more than 100ft over the North Sea off Northumberland’s coast, getting to Lindisfarne Castle can be an adventure in itself. Cut off by the tide twice a day, visitors must cross the causeway to tiny Holy Island at the right time before tackling that steep climb up to the castle. Dramatically situated high on a volcanic ridge, there’s been a stone fort here since the reign of Elizabeth I.

Strategically positioned close to England’s border with Scotland, the fort was manned and armed until 1893 but saw relatively little action over the centuries. So, while others fell into ruin, this castle survived. At the turn of the 20th century, it was converted into an Edwardian country home for Edward Hudson, the owner of Country Life magazine, by the architect Edwin Lutyens. It was given to the National Trust in 1944 and opened to the public in the 1960s.

While much of the building dates to Lutyens’ rebuild in the early 20th century, reminders of its previous life can be spotted throughout – a bread oven and salt hole from the old fort remain in the dining room. Wind, water and general wear and tear have long taken their toll on this striking building, but extensive restoration work was carried out between 2016 and 2018 to ensure its survival into the 21st century.