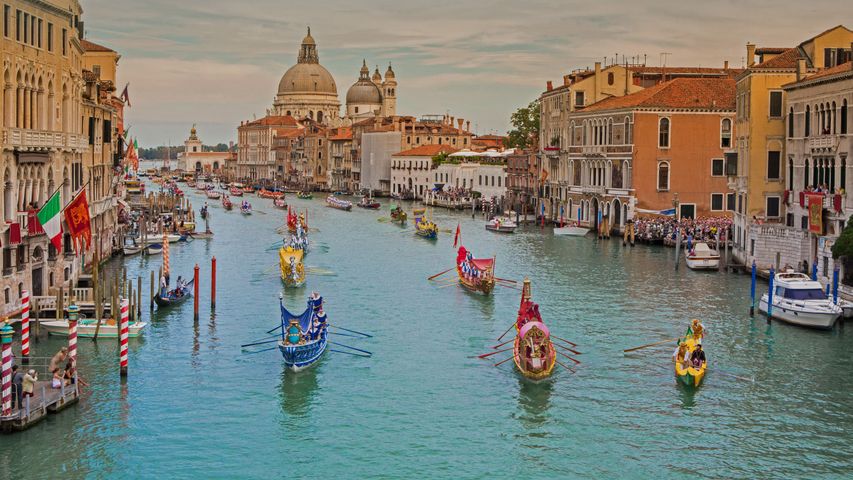 Info. The Regata Storica on the Grand Canal in Venice, Italy

The Regata Storica happens every September on the Grand Canal in Venice. It is the highlight of the Venetian rowing calendar and consists of two parts: a historical boat parade and a series of rowing races. Celebrations begin with a regal water pageant containing colourful boats from the 16th century. Gondoliers are dressed in costume as they ferry high-ranking officials up the canal and recreate Venice’s storied maritime past. The regatta commemorates the welcome given in 1489 to Caterina Cornaro, the wife of the King of Cyprus, who renounced her throne in favour of Venice.

After the parade, it’s time for the racing. Competitions are divided by age categories and feature different types of historical boats. The last and most popular race is the gondolini regatta. A lighter and faster version of the gondola from which it takes its shape, the gondolino is rowed by two oarsmen, who make their way up the Grand Canal towards the finish line at the famous 'machina' – a spectacular floating stage in front of the Ca’ Foscari palace on the city’s waterfront.

The Sneffels Range in Colorado, USA