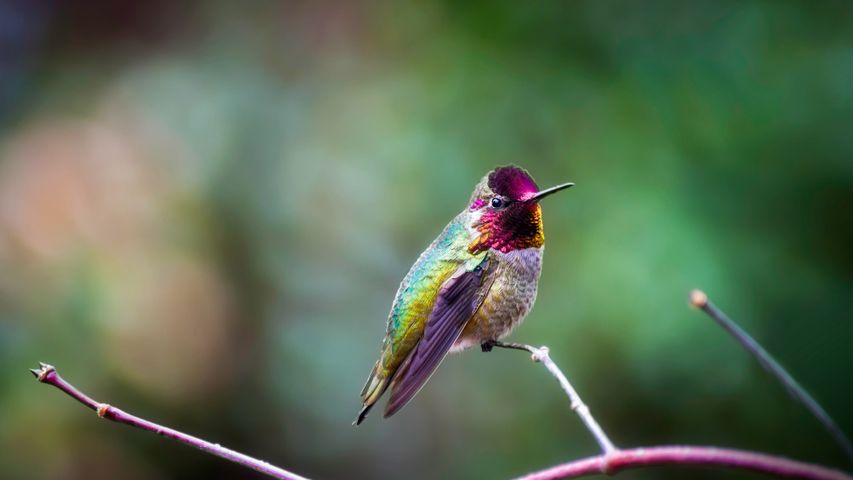 This iridescent bird is an Anna’s hummingbird, apparently named after the 19th century French courtier Anne d’Essling, who served as Mistress of the Robes to the wife of France’s last monarch, Emperor Napoleon III. Presumably Anne herself never saw her namesake bird, which is native to the western coastal regions of North America.

Small in stature, Anna’s hummingbirds are highly adaptable. While other hummingbirds on the Pacific Coast migrate to warmer areas as autumn and winter approach, Anna's hummingbird can survive the cooler temperatures by bulking up its fat stores or, if necessary, slowing down its metabolism to cope with the cold. Hummingbirds of all types play a crucial role in healthy ecosystems. Because they drink nectar from flowering plants, Anna's hummingbirds are even better pollinators than bumblebees.