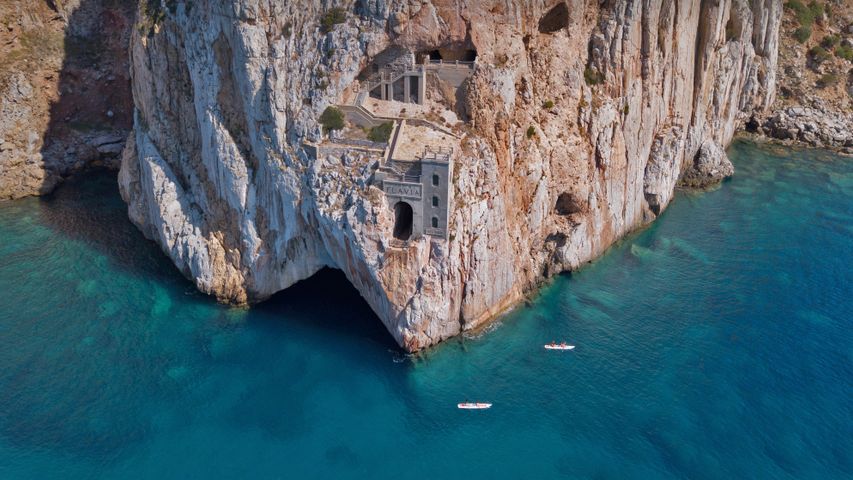 A cliffside harbour in Sardinia

The mining industry in Sardinia, Italy was booming in the early 20th century, as European nations looked to reconstruct from the damages of World War I. But Sardinian faced myriad logistical issues trying to export the zinc, lead, and other minerals that were in high demand. Miners on the Italian island were using modern techniques to extract more and more ore, but it wasn't until 1924 when engineer Cesare Vecelli designed and built the mining hub along the cliffs in Porto Flavia, that getting product off the island matched their ability to extract it.

Before Vecelli's architectural marvel at Porto Flavia began operating, ore was often hand-carried in wicker baskets and loaded by workers onto awaiting boats, a process that was slow, expensive, and often dangerous. But Vecelli's innovation allowed miners to lower ore directly onto ships waiting in the harbor below, saving time and cutting costs by up to 70%. Porto Flavia, which Vecelli named after his daughter, wasn't purely an exercise in productivity. The engineer added design flourishes including a concrete tower, as well as an arched doorway and windows, giving the port a certain elegance not normally associated with a mining hub. These days, Porto Flavia lives on as a UNESCO-protected tourist attraction.