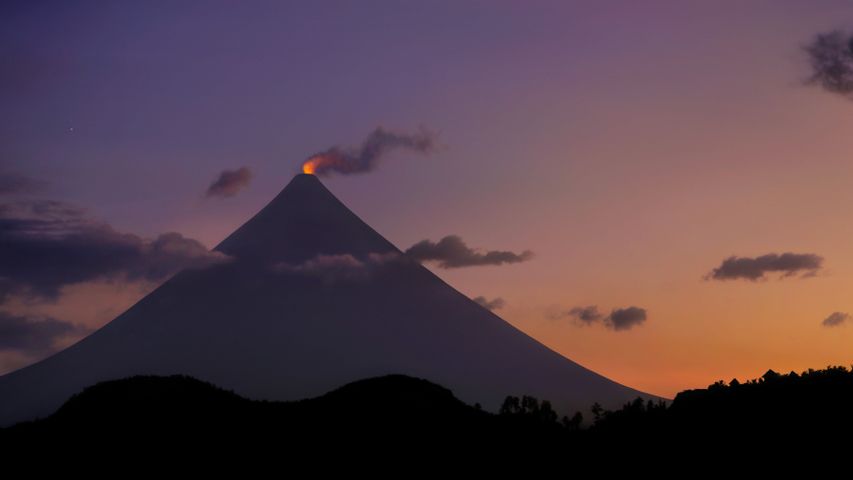 That glowing lava is on the tip of the world's most perfectly shaped, symmetrical volcanic cone, which formed after years of eruptions from what is still an active stratovolcano. Mount Mayon, on the island of Luzon in the Philippines, has erupted dozens of times in the past 400 years, with a significant eruption as recently as 2018.

Even this year, smaller white steam plume emissions and a faint crater glow have sometimes been visible. Mayon is the most active volcano in an island nation full of active volcanoes, and is located inside the Unesco Albay Biosphere Reserve, as well as Mayon Volcano Natural Park. Despite its active status, tourists still flock here, drawn by the unique beauty of this cone-shaped spectacle.