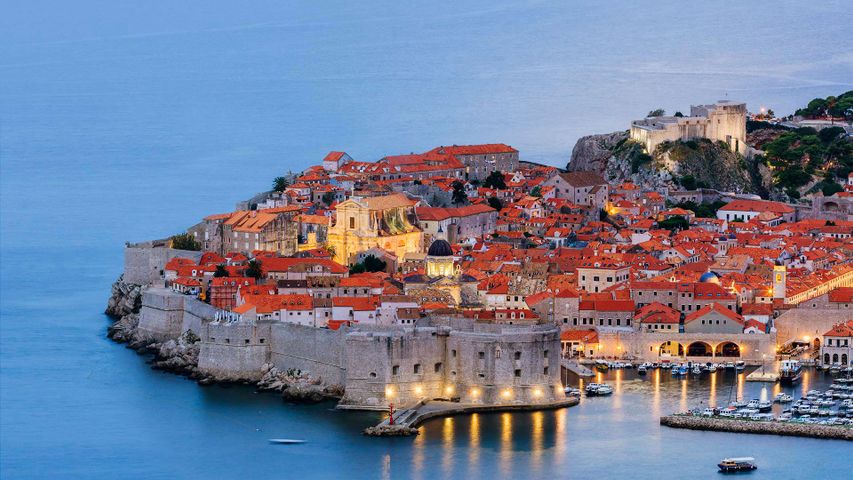 Jutting out into the sparkling Adriatic Sea, the medieval city of Dubrovnik in southern Croatia displays its centuries-old charm. Here at the heart of the city is the Old Town, paved with limestone and surrounded by medieval walls that encircle its historic core. Visitors can walk along the walls, which stretch over 6,000 feet and were built to defend Dubrovnik from pirates and other unwelcome guests during the Middle Ages. Dotted by fortifications, bastions, and towers, the walls offer breathtaking views of the brilliant blue waters of the Adriatic on one side, and the Old Town's distinctive terracotta roofs on the other.

The rooftops of Dubrovnik tell their own story. Originally molded in the shape of the human thigh, the tiles immediately draw attention. Take a closer look and you’ll see a patchwork of vibrant orange and dark brown roofs. The more brightly coloured tiles are replacements – a reminder of repairs made after hundreds of buildings were damaged by bombings in the early 1990s during the Croatian War of Independence. The restoration process was backed by UNESCO – the city had been made a World Heritage site in 1979 in recognition of its outstanding medieval architecture and fortified Old Town.