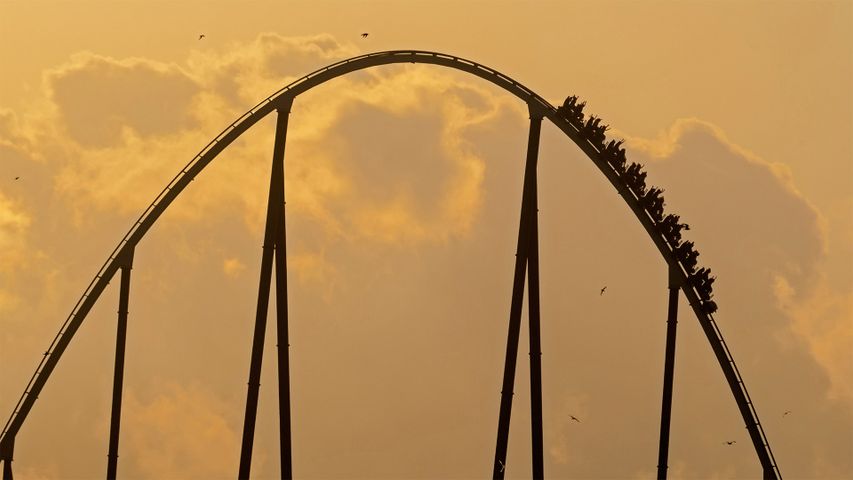 Whether screaming with delight and waving their hands or closing their eyes and praying for this to be over, these riders are on the downslope of one of Europe's biggest and fastest hypercoasters (that's a roller coaster over 60 metres tall). Spain's PortAventura Park is home to seven coasters, but Shambhala dwarfs the others at 75 metres in height and boasts a max speed of 133 kilometres per hour.

In Spain, coasters are called 'montañas rusas,' which translates to Russian mountains. Roller coasters trace their lineage back to elaborate sled tracks popular in imperial Russia, which were carved into icy hillsides up to 60 metres high. The Russians seem oddly reluctant to take credit, though: In Russian, coasters are called 'amerikanskiye gorki,' or 'American slides.'