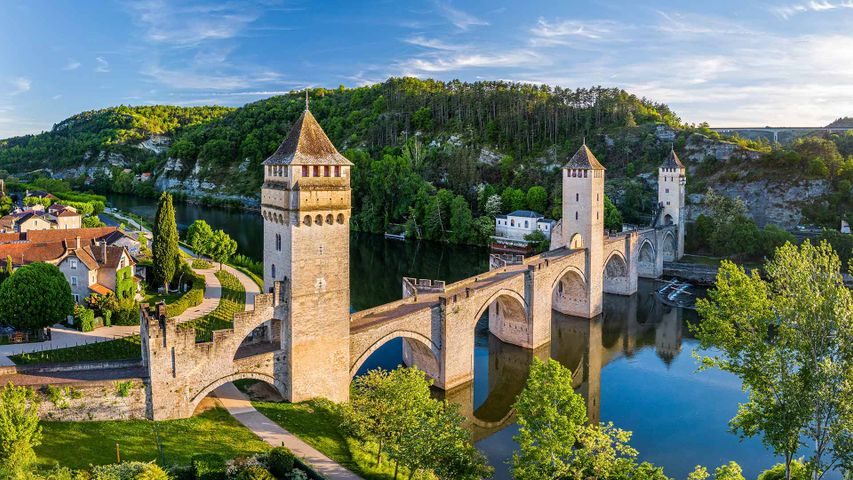 The Pont Valentré is a majestic medieval bridge in southern France that was built in the 14th century. It stands above the Lot river and can be crossed on foot to the town of Cahors. The structure is 138 metres long and supported by six Gothic arches and three square bridge towers. The bridge was listed as a UNESCO World Heritage site in 1998 as part of the pilgrimage route that passes through Cahors to Santiago de Compostela in Spain.

The bridge took 70 years to complete from 1308 to 1378, inspiring a legend of a deal with the Devil. According to the story, the architect agreed to give his soul to the Devil in return for help to finish the bridge. But the Devil was tricked as the bridge neared completion and returned each night to remove the final stone in an act of revenge. When the bridge was restored in the 1870s, a carving of a devilish imp pulling the last stone out of place was added to the main tower, so when the Devil checks to see that the bridge is still unfinished, he is confused into thinking that one of his demons is dismantling it.