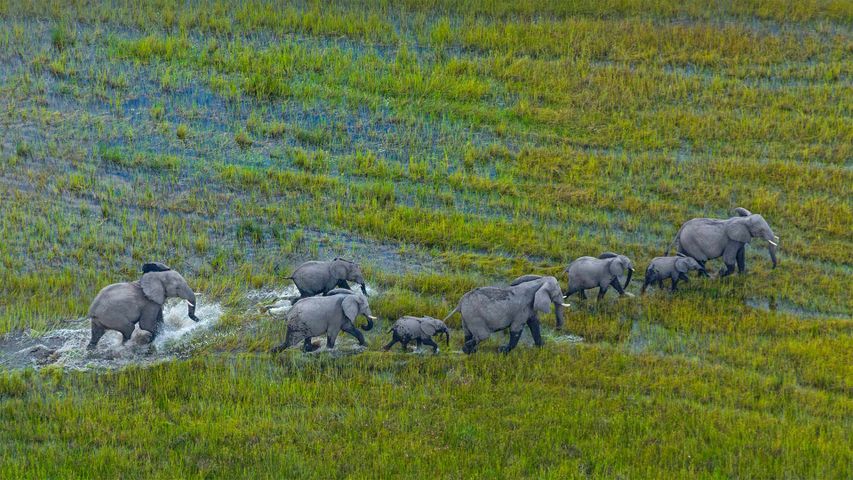 We're looking down at the wetlands of Botswana, a country that boasts an elephant population estimated at 130,000 - more than any other nation. Unfortunately, herds here in the Okovango Delta have been hit hard recently: Mysterious die-offs in 2020 claimed about 350 local African bush elephants and the deaths have continued, albeit at a lesser rate. Although the problem is still being studied, one theory is that high water temperatures gave rise to poisonous algae blooms in the animals' watering holes.

World Elephant Day, on 12 August, is an international awareness campaign that highlights threats to the world's largest land mammal, from climate change to ivory poachers to causes we don't fully understand. Much work is being done to designate protected elephant habitats, defend them against poaching and promote positive human-elephant relations all around. Check out worldelephantday.org for a full list.