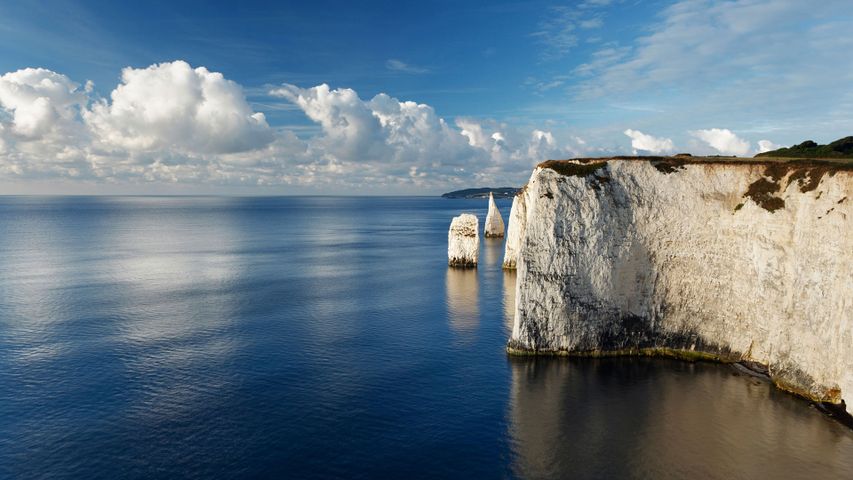 Welcome to the waters off the Isle of Purbeck in Dorset, a peninsula which juts out into the English Channel. These chalk headlands started forming tens of millions of years ago and are still not done. In our homepage image sit The Pinnacles, part of the same chalk band as Old Harry Rocks, a stone's throw up the coast, and the Needles, sitting across the water off the Isle of Wight. Thousands of years ago, these stacks would have been connected but, over the ages, time and tide have taken their toll. Many rock formations like these have come and gone in the meantime and new ones are still forming as the sea finds weaknesses in the stone, forming arches which eventually collapse, creating new stacks.

Sitting at the eastern end of the 95-mile long Jurassic Coast World Heritage Site, the Pinnacles’ story actually begins in the later Cretaceous period, when the skeletons of sub-microscopic plankton drifted to the bottom of what was then a tropical sea. Fast forward millions of years and this process formed the white limestone known as chalk. So those sheer white walls are actually the fossilised remains of billions of tiny sea creatures, frozen forever on England’s south coast.