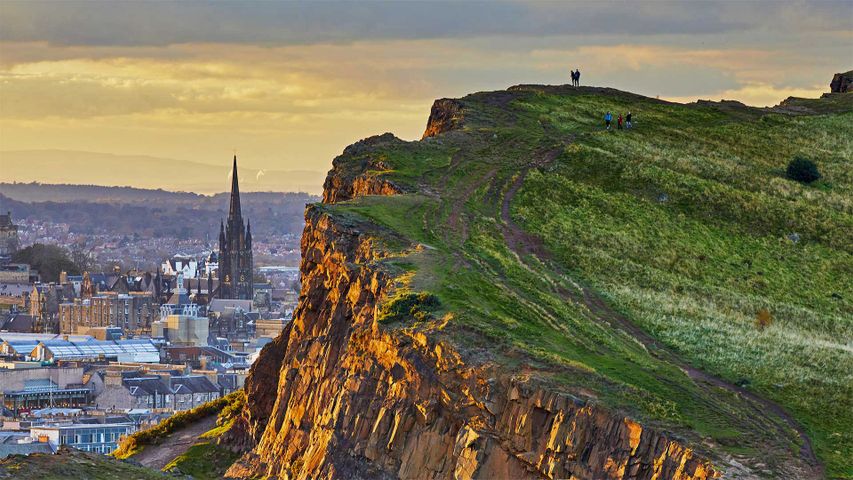 Looking down upon ‘The Athens of the North’

We’re kicking off festival season in Edinburgh, Scotland, with this view of the capital city from Salisbury Crags in Holyrood Park. Throughout the month of August, the city is hosting a staggering number of music, theatre, opera, dance, and other types of performances as part of the Edinburgh International Festival and the Edinburgh Festival Fringe, which is the world’s largest international arts festival.

Located less than a half-mile southeast from Edinburgh’s main shopping street, Holyrood Park provides a welcome respite from the festival hubbub. Hike up here to take in views of Edinburgh and its famous landmarks, including Edinburgh Castle, the Scottish Parliament, Holyrood Palace, the City Centre, and the New Town, which stretches out toward the sea. Formed by glaciers and volcanic activity millions of years ago, these craggy outcroppings are among the best examples of a geological sill in Europe. We’re lucky that they’re still here for our hiking pleasure. For two centuries, the hard dolerite was mined, broken up and shipped off throughout the U.K. for use as cobblestoned streets. The locals put a stop to the mining and now we can stand here to take in the views—and during festival season if we listen closely, we may hear strains of music coming from somewhere down below.