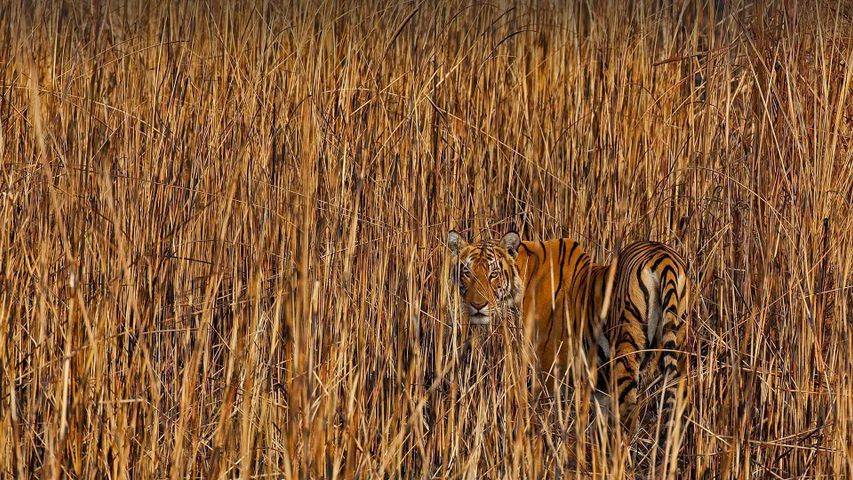 Today we're in Assam, India, to celebrate International Tiger Day, the annual celebration of the magnificent striped cats that have captured our imagination through the ages. This annual observance began in 2010 at a summit in Saint Petersburg, Russia, conceived as a way to draw attention to the plight of tigers and spur conservation efforts.

Hundreds of thousands of tigers once roamed a broad territory across Asia, eastern Russia, and various islands of the Indian Ocean. Over the past century, however, hunting and habitat loss have reduced their range and populations by more than 90%. Today, the World Wildlife Fund estimates there are fewer than 4,000 tigers remaining outside captivity. While the numbers have stabilized a bit recently, these solitary animals continue to be gravely endangered. India is home to the largest number of wild tigers in the world. The massive cats have always played an important cultural role here, and perhaps because of that, the Indian government has set up over 50 tiger reserves across the country, with several more in the works. Despite these efforts and others like them elsewhere, the mighty cat still faces a variety of dangers, including an uptick in poaching, often fueled by illegal trade for tiger parts used in traditional medicines.