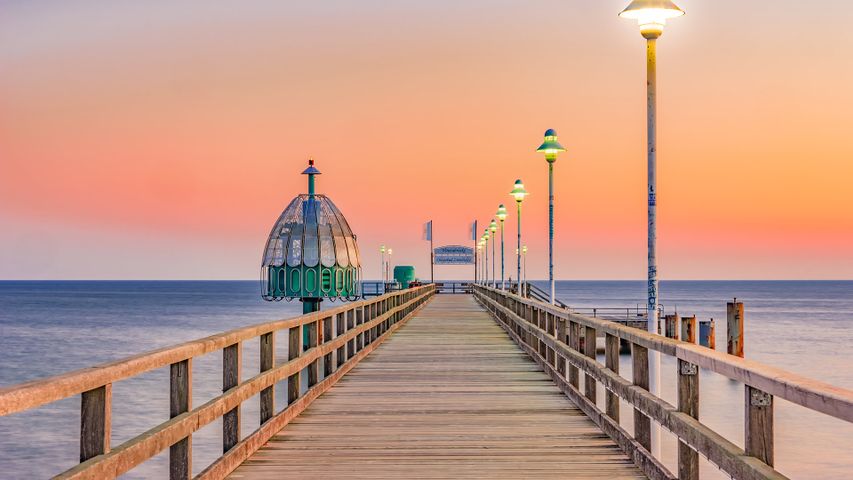 The pier in our photo stretching out to the Baltic Sea comes from the seaside resort of Zinnowitz on the northern German island of Usedom. It opened in 1993, replacing an old structure built at the start of the 20th century that was destroyed by the weather. Today's more robust pier is over 300 metres long. Towards the end of walkway, there is a diving gondola (the bell-shaped cabin on the left of the pier in our photo), which was installed in 2006. It seats 24 people and offers visitors a trip to the bottom of the Baltic Sea at a depth of four and a half metres. The capsule is fixed to a metal pillar and slides up and down like an elevator, giving you a close-up view of the underwater world – without getting wet.