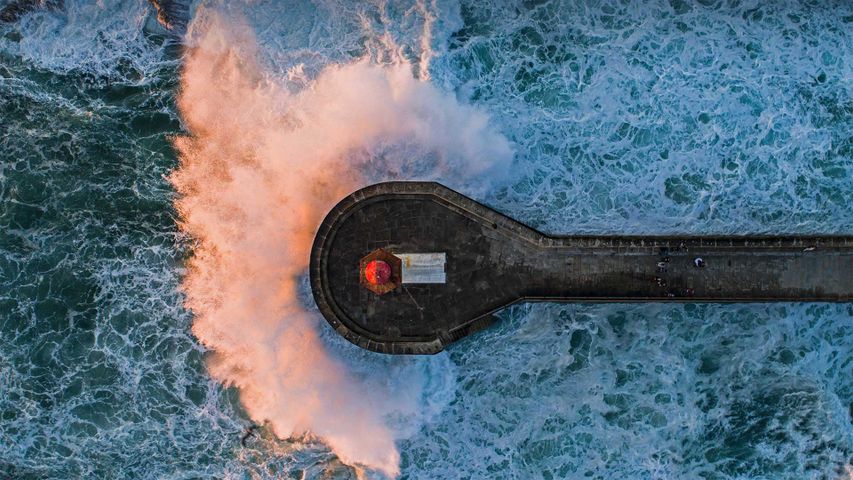 The Farolim de Felgueiras (Lighthouse of Felgueiras) you see here has survived relentless waves for around 135 years. It was built in 1886 and warned ships approaching Porto, Portugal's second-largest city, until it was deactivated in 2009. Even though it's no longer operational, it's still a well-known local landmark. It offers visitors a beautiful view from its perch looking over the mouth of the Douro river where it flows into the Atlantic.

The nearby city of Porto was originally established by the Romans as an outpost called Portus Cale, which is believed to be the origin of the name Portugal. Today, the city and surrounding area is home to around 1.7 million people, but Porto retains its historic charm. One of its oldest riverside neighbourhoods, the Ribeira, was honoured as a World Heritage site by UNESCO in 1996 and was also named a National Monument of Portugal. The city is also responsible for the name of one of the country's most famous exports, Port wine, the (usually) sweet red wine that was first exported by local merchants across Europe in the second half of the 17th century.