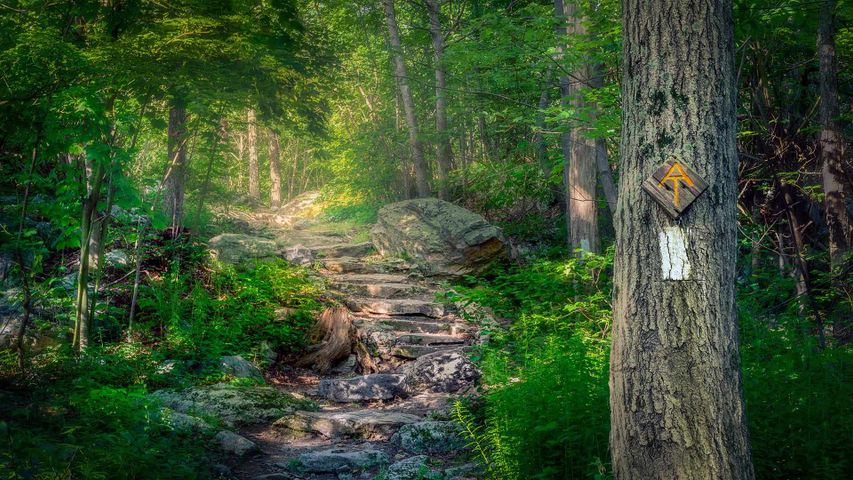 This is just a tiny portion of what's sometimes called the longest hiking-only trail in the world. Today we’re in Stokes State Forest along the top edge of the US state of New Jersey and those white rectangular markings tell us that we’re on the famous Appalachian Trail (the 'AT' to those in the know). Today, 8 July 2021, is the trail’s 100th birthday.

It was 100 years ago today that the trail was first conceived by an American forester named Benton MacKaye. MacKaye wanted to connect a series of farms and wilderness study camps across many US states, and he liked the idea that the trail would be accessible to many from the towns and roads it would pass by. After more than a decade of work, the AT was completed in 1937 and currently stretches 2,190 miles (give or take a few) from Georgia to Maine and 12 states in between. Each year, between 3,000 and 4,000 hikers attempt to walk the whole length, but only a quarter will make it into the ‘2,000-miler’ club.