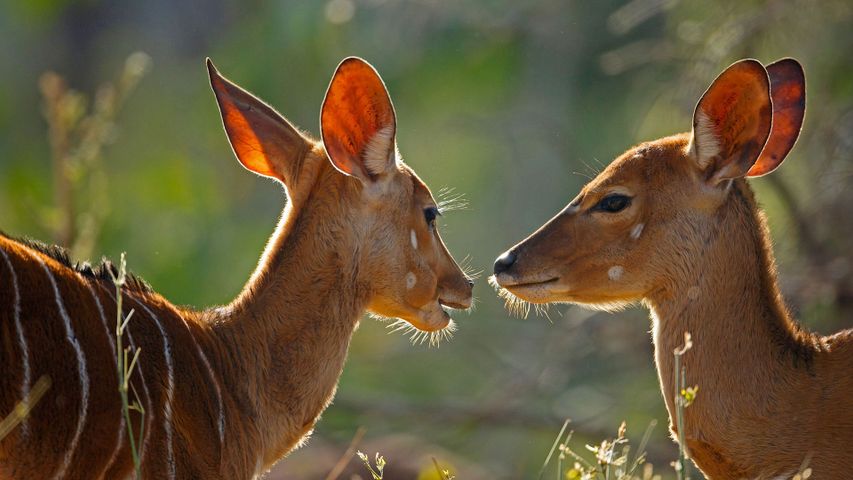 Nyalas are cautious creatures so any outing is likely to take place near dense thickets where they can take cover from predators. Native to Southern Africa, the antelopes are usually found in small groups of two or three like this photo shows, although they sometimes form herds of up to 30. It’s easy to distinguish between the genders: Male nyalas have dark grey coats and twisted, yellow-tipped horns, while females are a bright chestnut colour. Both have white vertical stripes on their sides, but they are more prominent on females.