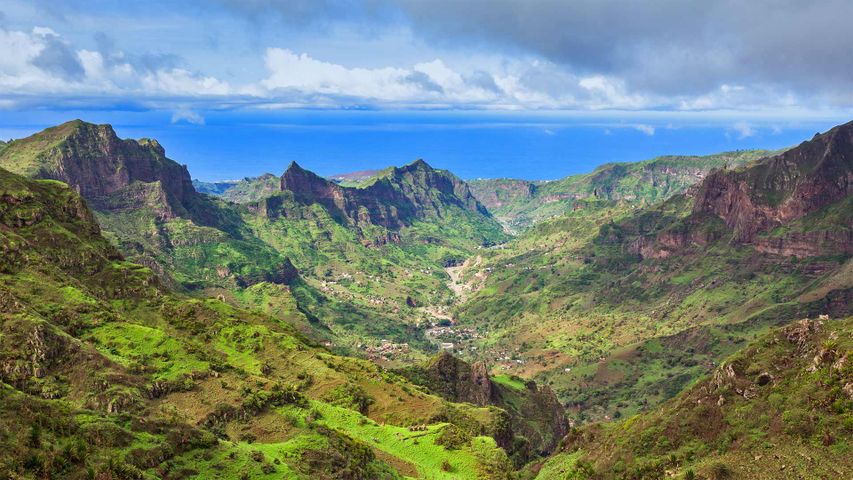 How green is my valley

Cabo Verde, also known as the Republic of Cabo Verde ('Green Cape'), celebrates its independence today. Located about 560 kilometres off the western coast of Africa, the country consists of 10 volcanic islands. We're looking at the Serra da Malagueta mountain range in the northern part of the island of Santiago, which is protected as a national park. At nearly 1,064 metres, it's the highest point of northern Santiago and offers views of nearby Fogo and Maio islands, as well as diverse plants and wildlife.

The islands that make up Cape Verde were uninhabited by people until they were colonized by Portuguese explorers in the 15th century. They remained in Portuguese control until gaining independence on July 5, 1975. Since the 1990s, Cabo Verde has been regarded as one of the most stable democracies in Africa and has steadily developed an economy based largely on tourism.

Spectators at the annual Calgary Stampede