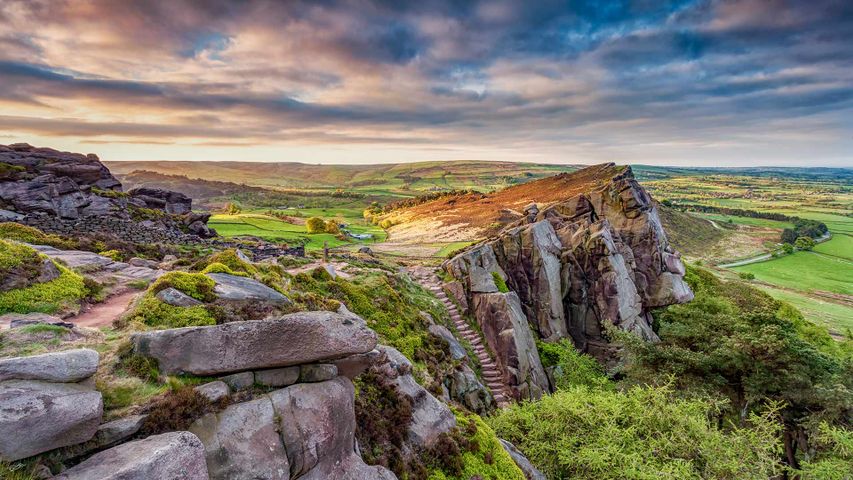 Info. The Roaches rocky ridge in the Peak District, England

Established in 1951, the Peak District is the UK’s oldest national park. Covering an area of 1,440 square kilometres, it's the perfect place for outdoor enthusiasts. About 20 million people live within an hour’s journey of the park, which is located in the centre of England.

Our photo shows a rock formation called The Roaches. Popular with climbers and hikers, this steep stone ridge reaches 505 metres at its highest point, offering stunning views of the countryside. On the path along the top there is a small pond, which according to legend, is home to a mysterious mermaid. Visitors should also watch out for wallabies – five escaped from a private zoo during World War II and their descendants are still occasionally reported to roam this area.