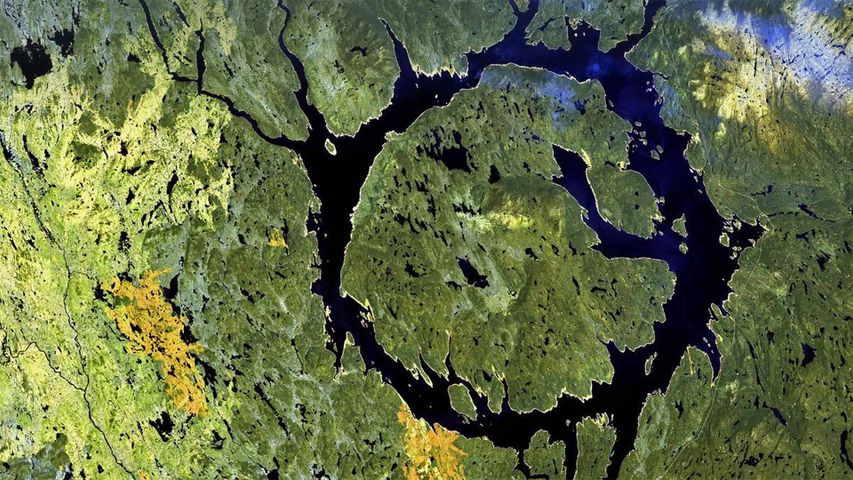 It's Asteroid Day! Today you're invited to explore a realm of science usually seen only in action films - asteroid impact avoidance, or the study of what to do if a big chunk of space junk hurtles right at Earth. Don't worry, scientists are coming up with plans for this.

As our photo shows, asteroid impacts do happen. Manicouagan Crater, aka the Eye of Québec, was formed by a three-mile-wide meteorite that hit Earth about 215 million years ago. Much more recently, an explosive meteoroid levelled 800 square miles of Siberian forest in what's known as the Tunguska event. That was 113 years ago today, and Asteroid Day's date was chosen in recognition.

So, if you find yourself casting paranoid glances at the sky, maybe do a little searching around how scientists are learning to prevent potential impacts. Proposed plans involve everything from altering an asteroid's course via a gravitational field, to delaying its approach by attaching rocket thrusters, to good old-fashioned blowing it up. Go science!