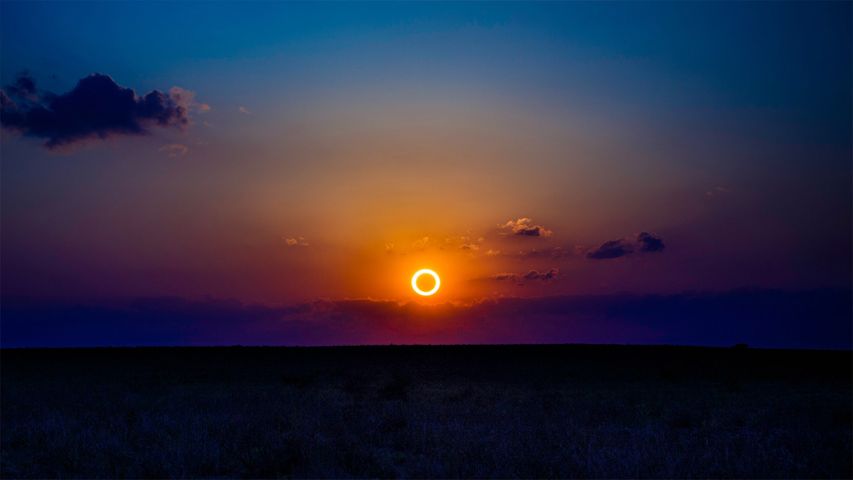 No, this isn't some kind of early promo for 'Halo: Infinite.' Today's homepage image shows an annular solar eclipse captured in New Mexico in 2012. ('Annular' is just a fancy word for doughnut-shaped.) It's not unlike the eclipse some northerly parts of the world will enjoy today.

Annular eclipses like today's occur when the moon is at its apogee, or the furthest distance in its orbit from Earth. Since the moon looks its smallest to us now, it can't fully cover the sun—but the lucky few living in far northern Canada, Scandinavia, and Siberia will have tickets to a one-ring solar circus once everything lines up just right.