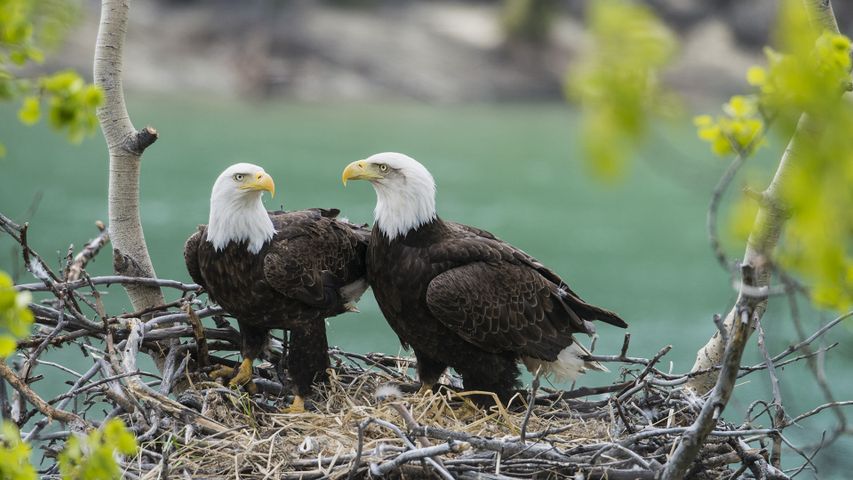 Found exclusively across North America, the bald eagle is a mighty bird that is Canada’s largest bird of prey and America’s official emblem. Sitting at the top of the food chain, this ferocious bird sports a hooked yellow beak and large feet that come equipped with spikes, enabling it to target its prey. Despite its name, the bald eagle is not actually bald. Its name is derived from the word ‘piebald,’ which refers to being patchy or spotty. Since it breeds close to large bodies of water, most of the bald eagle population in Canada can be spotted in British Columbia, along the Pacific coast.