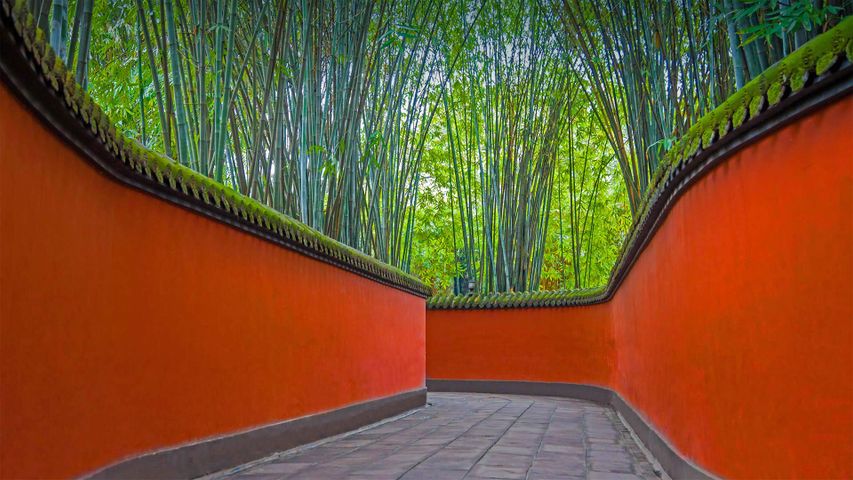 A path into history

When it comes to tourist destinations, the Wuhou Temple in the city of Chengdu, China, must be among the world's oldest. It's been attracting visitors for nearly 1,800 years and remains one of the most popular attractions in all of China. Located in Sichuan province, this temple complex was constructed to honour two principal members of the Shu Han state (221-263) of China's early Three Kingdoms period. And although the founder of Shu Han, Liu Be, is honoured with his own temple and shrine here, the real headliner is one of China's most important historical figures, Zhuge Liang, who is remembered as a great wit, scholar, astronomer, statesman, and military strategist. In fact, the name Wuhou itself derives from the Chinese title 'Marquis of Wu,' which was an honorary title given to Zhuge Liang while he served.

The Wuhou Temple complex is about 37,000 square metres in size and is graced by winding, peaceful paths lined by trees. It contains not only the temples devoted to Liu Be and Zhuge Liang, but also a famous garden, a mausoleum, and important cultural relics like the Tablet of Triple success.