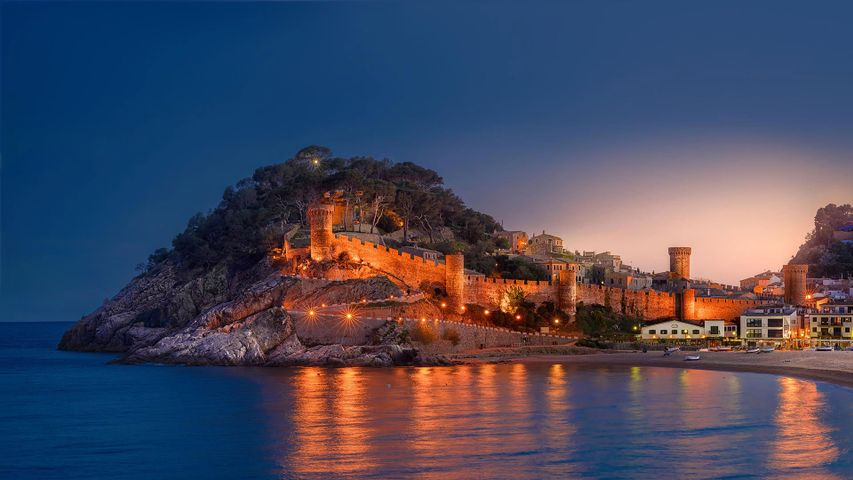 We’re visiting the seaside resort of Tossa de Mar on Spain’s Costa Brava, located between the city of Barcelona and the French border. Our view from the beach shows us the walled enclosure of Vila Vella – Tossa de Mar's Old Town. It is the only example of a fortified medieval town still standing on the Catalan coast. The town was walled off in the 12th century and a castle was built above the surrounding area.

Visitors can spend their days sunbathing on the beach, diving in the sea or walking the narrow, winding streets lined with restaurants and shops. Just beyond the walls is the deep blue sea. It was this view that inspired French painter Marc Chagall to nickname Tossa de Mar ‘blue paradise’. Tossa de Mar has long been a retreat for artists. Actress Ava Gardner loved the town so much while making two movies there in the 1950s that the town has built a statue in her memory.