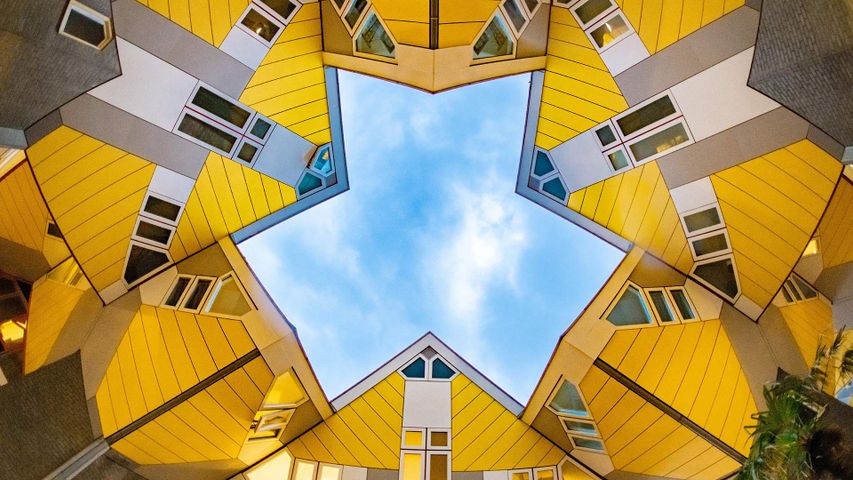 It’s a big night for Eurovision fans tonight, as the 65th final of the international song competition is broadcast live from Rotterdam. Our homepage image shows the Dutch city’s unusual residential complex, the Cube Houses, designed in the 1970s by the architect Piet Blom. Last year’s contest was cancelled due to the pandemic, so fans have had to wait longer than usual for the annual pan-European pop spectacular. Well, the waiting is over and tonight’s final will see up to 26 qualifying countries battle it out for the crown (the ‘big five’ countries, France, Germany, Spain, Italy and the UK as well as the last winner, the Netherlands, get a free pass to the final.) The Rotterdam Ahoy arena, which has a capacity of nearly 16,500, will host the event in front of a small audience of 3,500 fans who have tested negative for coronavirus in the previous 24 hours.

The first Eurovision was held in Lugano, Switzerland, in May 1956, when only seven countries competed and was won by the Swiss contestant, Lys Assia that year with ‘Refrain’. This year 41 countries have taken part, with an expected television audience of about 180 million.