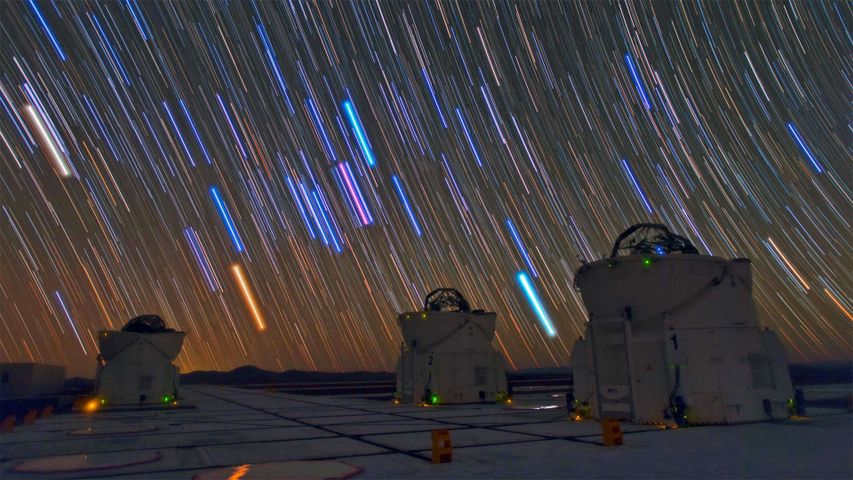 No, that's not a downpour of lightsabers — but it's no typical night sky either. Stargazing here at Paranal Observatory, on a mountaintop in Chile's desolate Atacama Desert, you'll get one of the clearest possible naked-eye views of the southern skies. This 'lightsaber' effect comes from the photo's long exposure. The chilliest stars (around 5,000 degrees Fahrenheit) appear red, while the hottest (tens of thousands of degrees) appear blue or nearly white.

What about those structures beneath the starry sky? They're three of the eight telescopes making up the Very Large Telescope, an aptly named project of the European Southern Observatory. Together the telescopes compose photographs of astronomically fine focus. If you were to drive a car on the surface of the moon (which we don't advise trying), the VLT could snap a crystal-clear shot of your headlights.