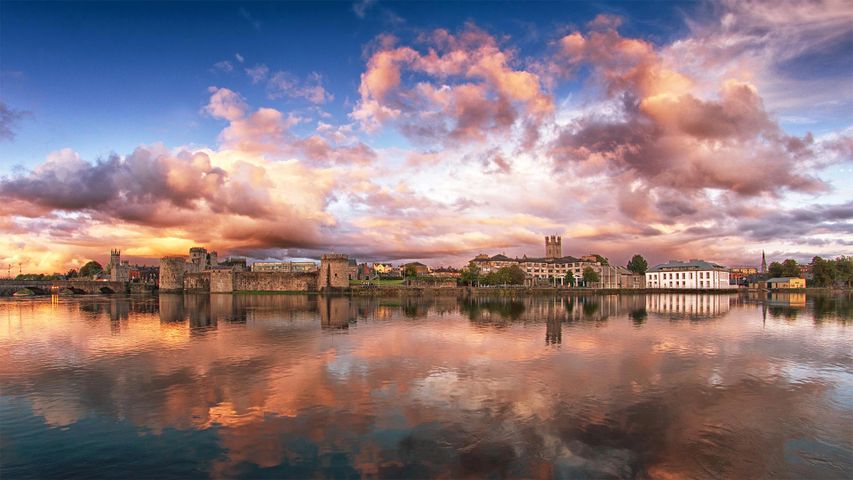 It’s Limerick Day, and what better place to celebrate this unofficial holiday than in the Irish city of the same name? The connection between Limerick and the humorous, five-line verse is unclear. Several theories have been floated, none of them definitive. But the city of Limerick has embraced its namesake poetry style and, in recent years, the Limerick Writers’ Centre has hosted an annual competition called Bring Your Limericks to Limerick.

Our homepage photo looks across the River Shannon at the historic part of the city, a medieval section walled off by the Vikings around 812 and known today as King’s Island. That’s King John’s Castle on the left, built on the order of the king himself in the year 1200. Over on the right is St Mary’s Cathedral, which dates from 1168 and is the oldest building in Limerick which is still in use. History suggests the area was settled long before the Vikings arrived and started destroying Irish public records. The earliest map of Ireland, produced in 150 CE by historian and overall polymath Ptolemy, shows a place called ‘Regia’ at the same site as King’s Island.