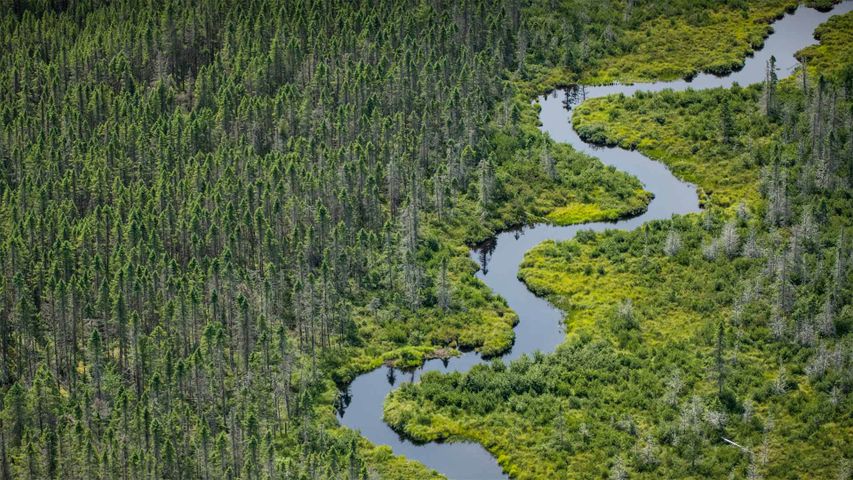 Deep in the North Woods wetlands

To celebrate American Wetlands Month, we're flying over Norcross Brook, which snakes through the wetlands of Maine's North Woods near Moosehead Lake. Wetlands like these are an often underappreciated natural resource. They act as a vital link between land and our planet's watersheds, playing a crucial role in protecting healthy ecosystems. In addition to providing indispensable habitat for the many species that call them home, wetlands filter our drinking water and cycle nutrients. They also provide a natural buffer from storms, absorb floodwaters, and capture carbon from the atmosphere — all of which help to mitigate the impact of climate change.

Some of the wetlands here around Moosehead Lake include the West Shirley Bog and the Lazy Tom Bog, both of which are well-known moose-watching hotspots. The hulking animals of Maine's North Woods are so common they're said to outnumber residents three to one. Surely there's a moose or five down there among those trees…