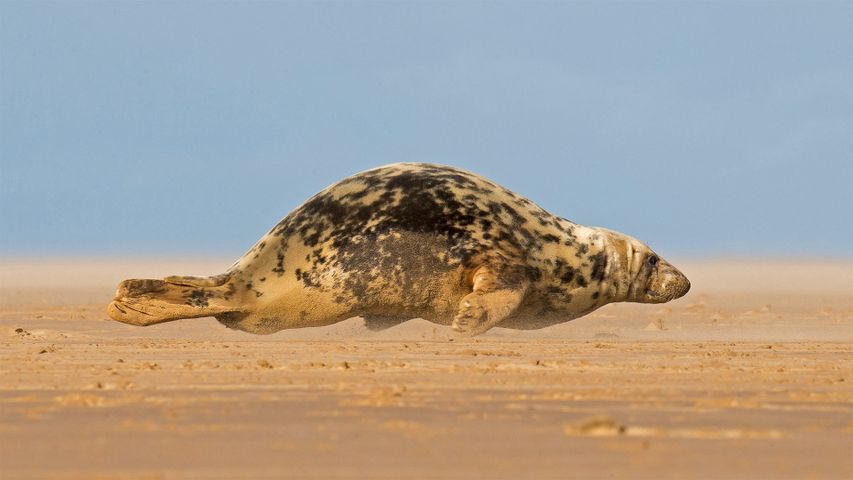 The grey seal in our image might look like it is flying, but it has been cleverly photographed while flopping on the beach in Donna Nook on the east coast of England. There are more than 120,000 grey seals in the United Kingdom, which is about 40% of the world's population. Every winter, grey seals come to Donna Nook to give birth to their pups near the sand dunes, with more than 2,000 pups born every year. The wildlife spectacle attracts thousands of visitors, who can watch the seals from a viewing area. Pups are born with fluffy white coats and feed from their mother for a few weeks before being left to take care of themselves.