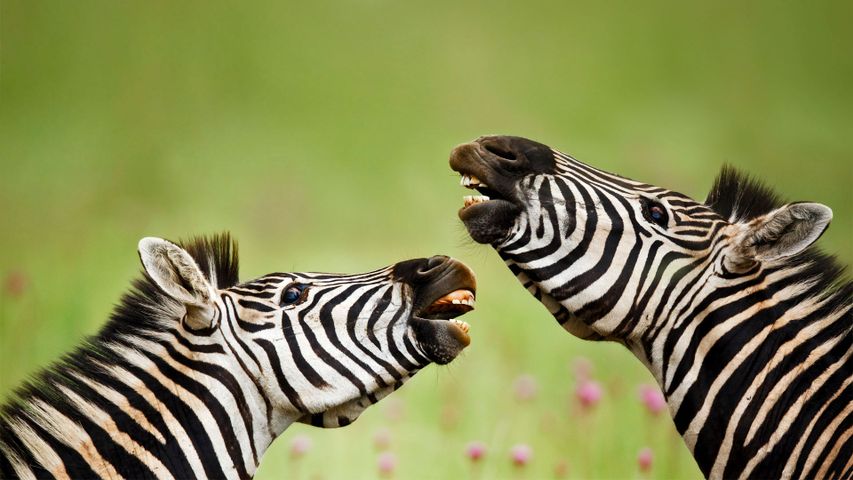 The Burchell’s zebra is named after William John Burchell, an English naturalist and explorer who in the early 1800s travelled a lot in South Africa, where he studied these and many other animals. The Burchell’s zebra is distinguished by one or two faint stripes on its haunches that appear to shadow the bold stripes, but otherwise it looks like other plains zebras. The social structure of Burchell’s zebras is based on a stallion leading a herd of females called mares – the whole group is called a harem. A young stallion may attempt to lead one of the mares away to his own harem, which may result in a confrontation with another stallion.