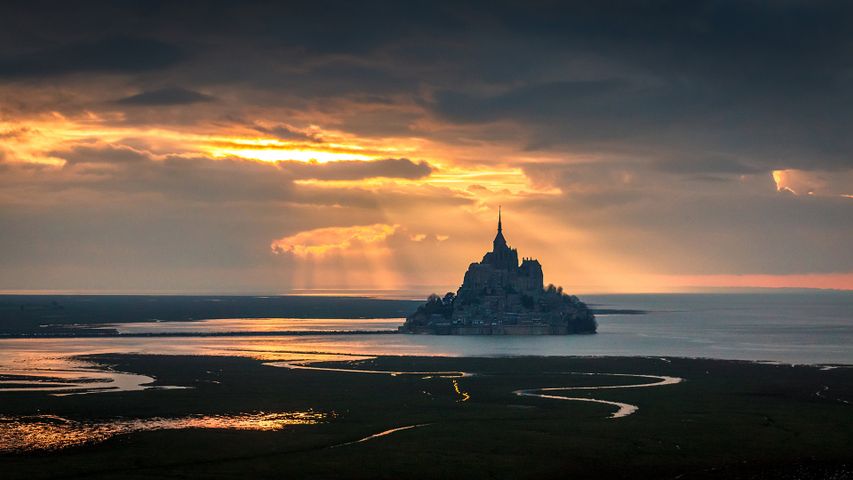 Mont-Saint-Michel is one of the most popular tourist attractions in France. Situated just off the country's north-west coast, the small island commune is set in a bay shared by Normandy and Brittany, a few hundred metres from French mainland, which is connected by a bridge. The island is crowned by a beautiful gothic-style abbey, which was built between the 11th and 16th centuries and has previously been used as a prison. Mont-Saint-Michel was named a UNESCO World Heritage site in 1979.