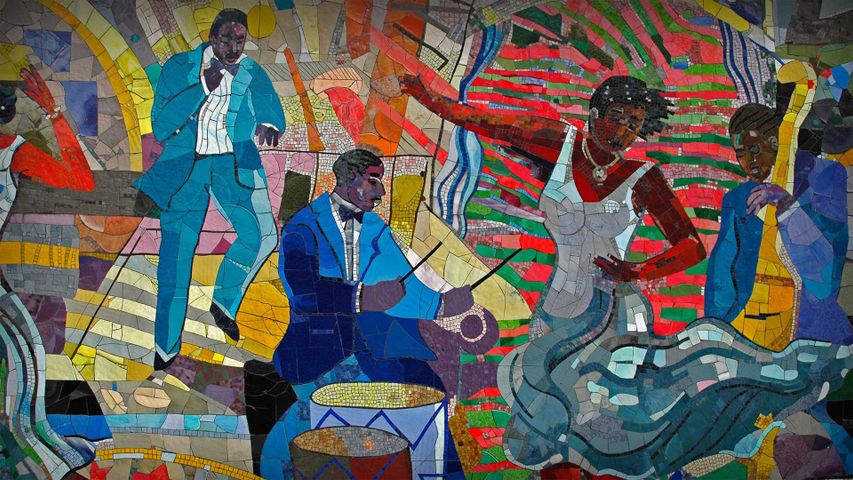 On International Jazz Day, we're looking at 'The Spirit of Harlem,' a glass mosaic mural by artist Louis Delsarte. Located near the legendary Apollo Theatre in New York City's Harlem neighbourhood, it depicts, among others, jazz greats like Cab Calloway and Count Basie. Originally commissioned in 2005, the mural was covered up in 2017 when a new store moved into its location. After a petition and protests, the retailer worked with Delsarte to restore the mural and add a new plaque dedicating it to the Harlem community. Delsarte, whose other works include a 38-metre-long mural at the Martin Luther King Jr. Natatorium in Atlanta, died in May 2020.