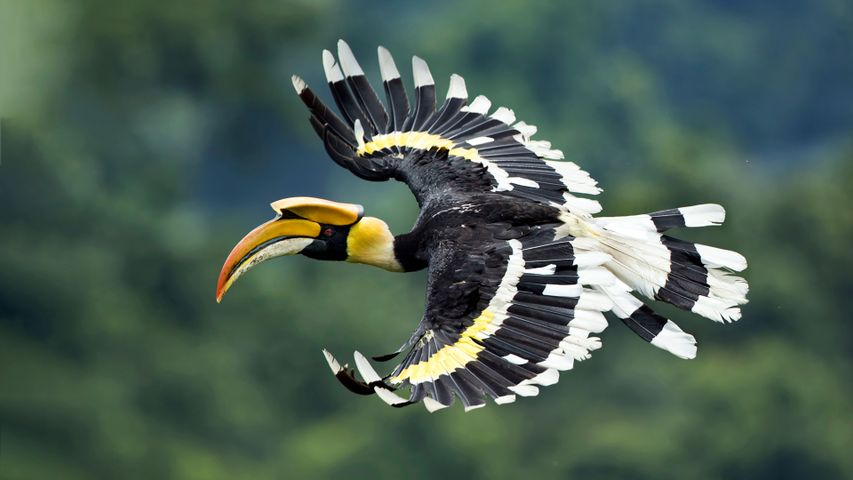 The farmers of forest…

If you are in West Bengal or any North-Eastern state like Arunachal Pradesh, there are high chances that you encounter the Great Hornbill, also known as the Great Pied Hornbill or the Great Indian Hornbill. It is one of the larger members of the hornbill family and found in the Indian subcontinent and Southeast Asia. The species is long-lived, living for nearly 50 years in captivity. It is predominantly frugivorous but is an opportunist and can prey on small mammals, reptiles, and birds. Male hornbills are identified by the black edges in the front and back of the casque, while females have red colouration at the back.

India is home to nine of the 54 species of hornbills. They are also known as the 'farmers of forest' for playing a crucial role in dispersing hundreds of fruit tree species in the forests. The presence of hornbills indicates that the forest is not only prosperous but also balanced. It is for this reason they are important for a healthy ecosystem. Apart from their ecological importance, the birds are beautiful, and if lucky, one can click a picture like this in the early morning!