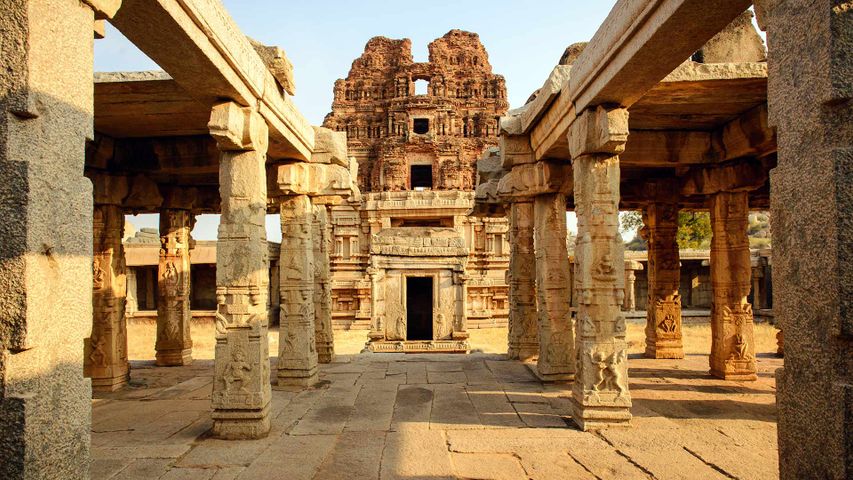 A temple of a ‘thousand Rama’

Today, on the occasion of Rama Navami, we take you to the ancient ruins of Hazara Rama Temple, a dominant shrine in Karnataka. This small but beautiful place of worship dedicated to Lord Rama is located at the center of the royal area of Hampi. The term ‘Hazara Rama’ literally means a thousand Rama and refers to the multitude of relics depicting the reigning deity of the temple. The walls of the temple carry the story of Ramayana carved on stone. The outer walls of the temple are decorated with bas-relics of Rama and Krishna.

The temple was built in the early part of the 15th century by the then king of Vijayanagara, Devaraya II. It was originally built as a simple structure. It consisted of only a sanctum, a pillared hall, and an ardha mantapa. Later the temple structure was renovated to add an open porch and beautiful pillars. With intricate carvings depicting animals, deities, and people, the temple stands as an example of the excellent craftsmanship of Vijayanagara’s sculptors.