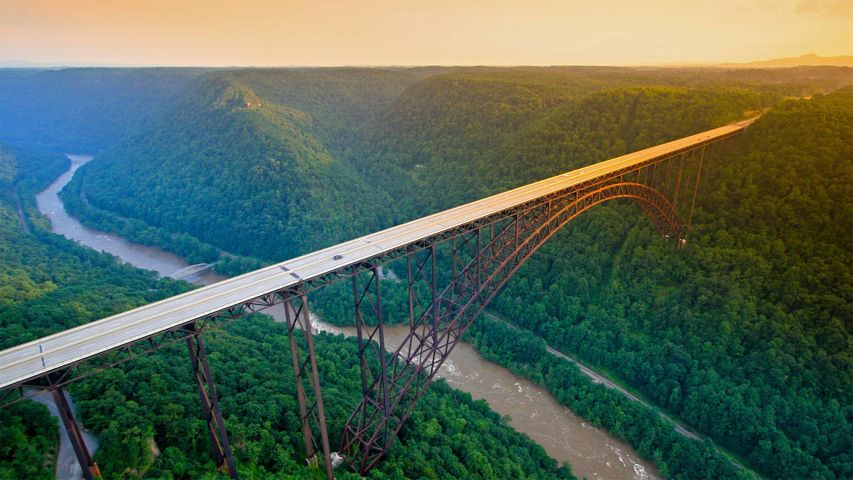 To kick off National Park Week (in the US), which begins today, we're visiting America’s newest national park, the New River Gorge National Park and Preserve, in West Virginia. This incredible view is of the New River Gorge Bridge, which, when completed in 1977, was the world’s highest bridge carrying a regular roadway. It held that distinction for 24 years and is now a popular attraction for BASE jumpers and rappellers.

Far below the bridge is the New River, which - despite its name - is the second oldest river in the world. Its exact age is unknown, but geologists believe the New River is a segment of the preglacial Teays River, which fossil evidence suggests could be 320 million years old. Today, rafters and kayakers come to ride the New River rapids, which can reach a level of Class V, which means they're among the most difficult waters to navigate. You can enjoy this new park year-round for free, there are no entrance fees. And today, to mark the first day of National Park Week, all National Parks in the US are offering free admission.