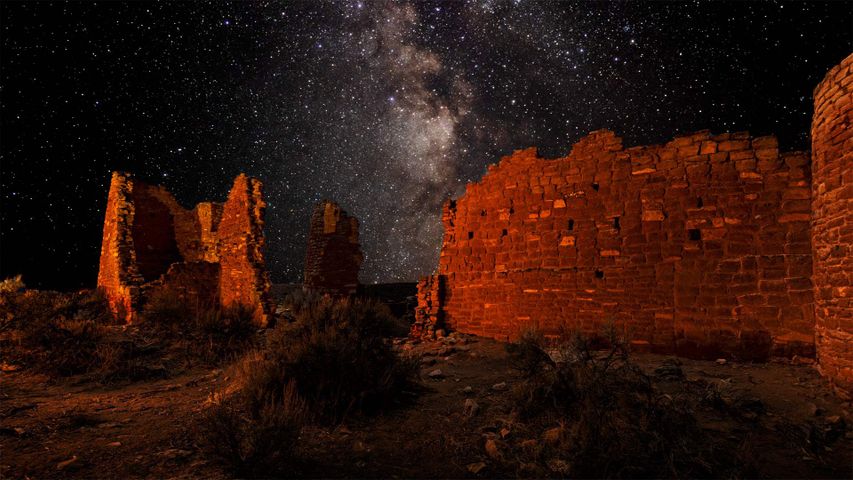 The bright sweep of the Milky Way is especially vivid amid the mesas, canyons, and prehistoric towers of Hovenweep National Monument. Straddling the southern Colorado-Utah border, Hovenweep is so remote that almost no artificial light disturbs the view of star-filled skies. The dazzling nightscapes are little different from those seen by the Ancestral Puebloans who built these towers. They were a farming culture who first settled in the area roughly 1,100 years ago. By the late 1200s they numbered around 2,500 people and had built these and other structures in six different villages. Archaeologists offer several theories to explain the use of the buildings. Some may have been defensive fortifications, storage areas, homes, or any combination of these. But researchers suggest that the tower called Hovenweep Castle, seen here, was almost certainly used as a celestial observatory.

That's why we're visiting Hovenweep during International Dark Sky Week, which lasts through the weekend. Organizers of the event, held during the week of the new moon in April, encourage us to observe the beauty of the night sky without light pollution. It's easy to do here—in 2014, the International Dark-Sky Association named Hovenweep a Dark Sky Park, offering protections that preserve the extraordinarily pristine skies that once shone down on the Ancestral Puebloans.