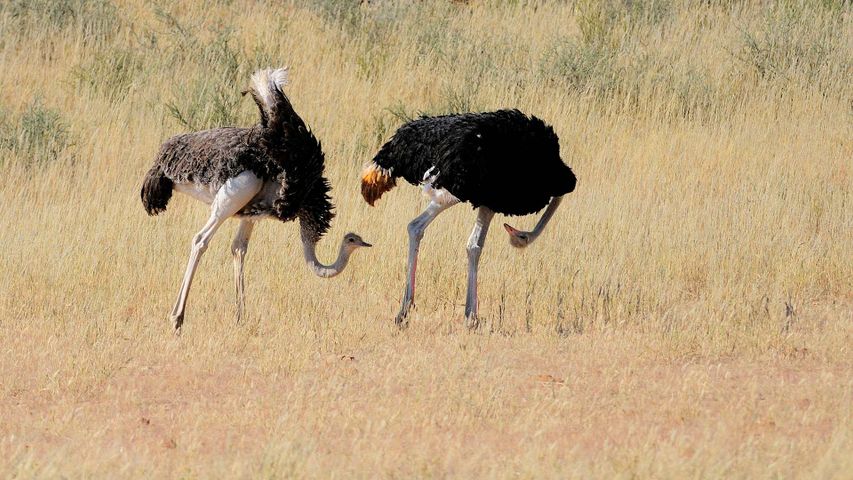 The ostrich is a large flightless bird native to Africa. Known for their long neck and legs, they can run up to 70 kilometers per hour, making the ostrich the fastest two-legged animal in the world. Males and females have different coloured feathers. Males have black plumage, while females are mostly brown. The males perform elaborate dancing displays during mating season, which begins in March or April and can last until September. The ostriches you can see here were photographed in Kgalagadi Transfrontier Park, a large wildlife preserve and conservation area, which straddles the border between South Africa and Botswana.