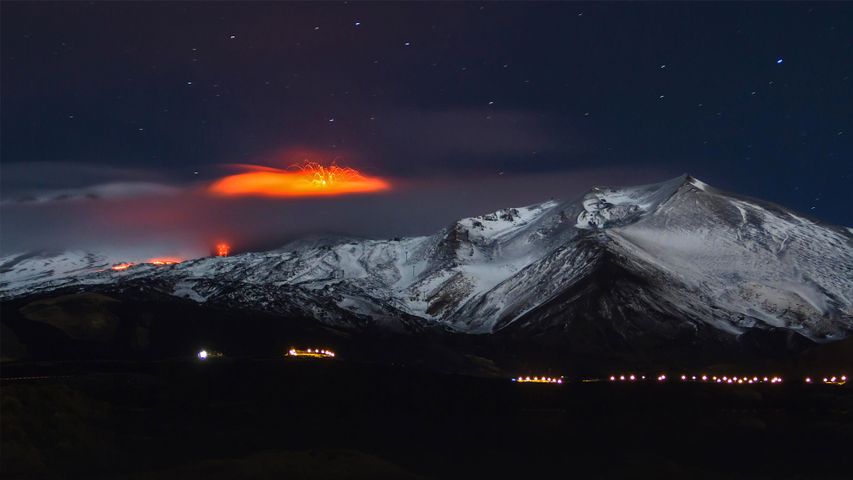 A sizzling summit in the clouds. The long-simmering history of Mount Etna

Seen here with its explosive summit hidden in the clouds, Mount Etna towers over the Italian island of Sicily as the tallest, and possibly most bad-tempered, volcano in Europe. The island peak has been highly active for perhaps half a million years and can still be counted upon for a spectacular eruption every few years. This photograph shows Etna erupting in 2013. Well over twice the height of Vesuvius, the stratovolcano on the Italian mainland that flattened Pompeii nearly 2,000 years ago, Etna has long been known as a hot head. Its frequent fireworks were written about by ancient poets, including Hesiod, Aeschylus and Virgil, as far back as 1500 BCE.