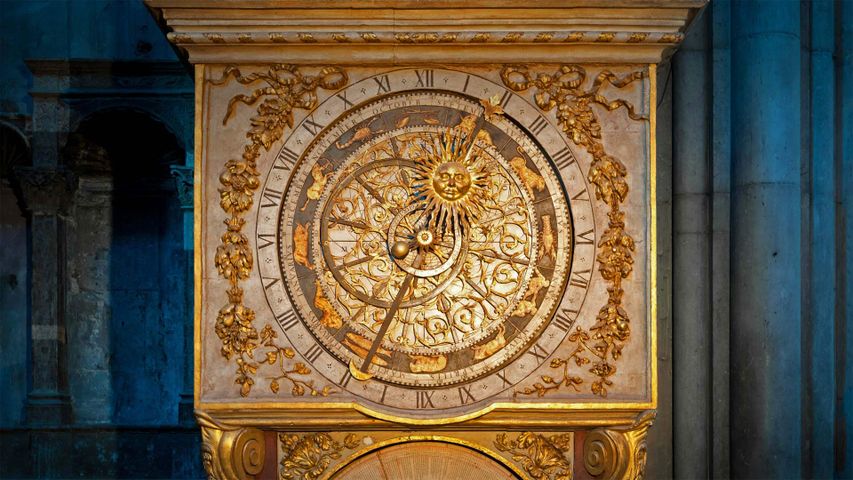 The astronomical clock at Lyon Cathedral in France is one of the oldest in Europe. A clock was first installed in the cathedral in the 14th century but was destroyed during an attack in 1562, before being rebuilt by master Lyonnais clockmaker Guillaume Nourrisson in the 1660s. The clock's intersecting hands and dials don't just tell time; they form a flattened model of our planet that tracks the positions of the sun and moon relative to Earth, as well as the stars in the sky over Lyon.