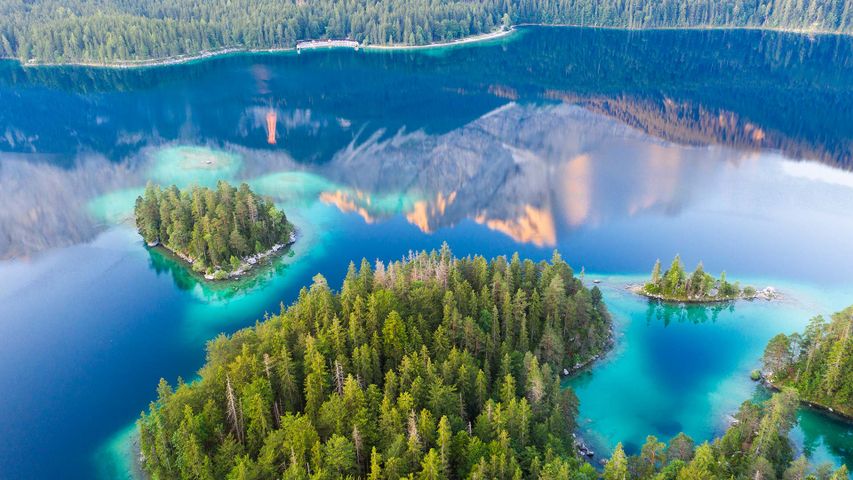 About 100 kilometres south-west of Munich, the Eibsee is one of the most beautiful and cleanest lakes in the Bavarian Alps. Its name comes from the yew tree (called Eiben in German), which once grew here in large numbers and can still be found in nearby forests today. The lake has eight beautiful islands and was formed by a giant landslide about 4,000 years ago. It sits at the foot of the Zugspitze, Germany's tallest mountain, which you can see reflecting in the lake's clear, blue-green waters on our homepage.