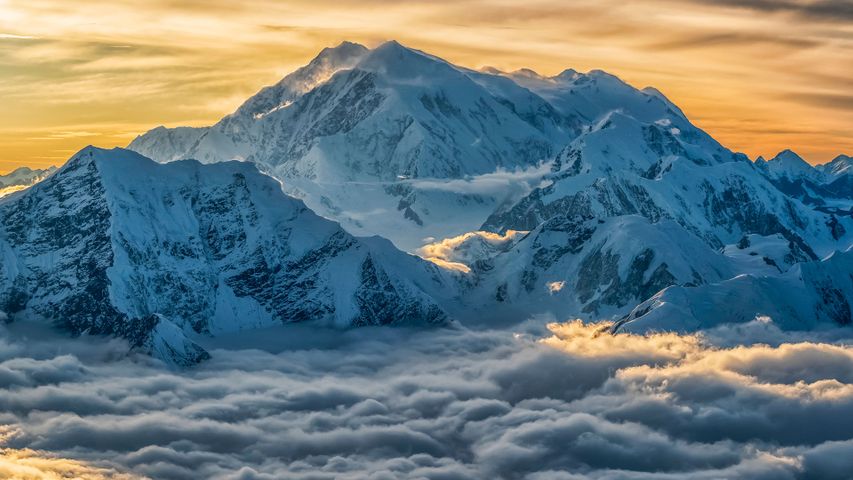 Tall and mighty, this is Mount Logan, Canada’s highest peak measuring 5,959 metres. It is the second highest peak in North America, after Mount McKinley in Alaska, which stands 6,194 metres tall. Mount Logan is situated in the St. Elias Mountains of Yukon and is the crown jewel of Kluane National Park and Reserve. The mountain gets its name from Sir William Logan, founder of the Geological Survey of Canada. The peak was summited for the first time on June 23, 1925. Ever since, it has been scaled by 13 different routes. While on the exterior, Mount Logan is surrounded by an icefield that is at least 300 metres in thickness, it is mostly composed of granitic rock beneath. And given the active tectonic movements, the peak continues to rise in elevation.