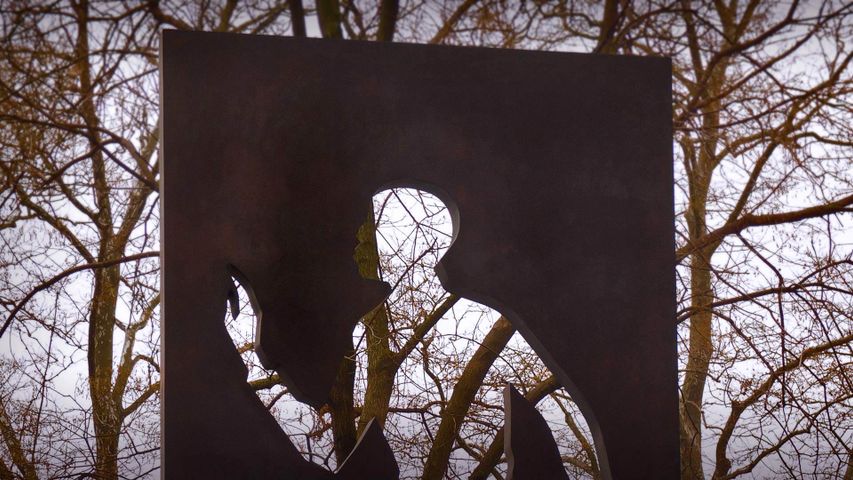 As the calendar nears the end of Black History Month, we're paying a visit to the memorial for American writer Ralph Ellison in New York's Riverside Park. The 15-foot-tall bronze monolith depicts a striding, purposeful figure—or rather, the absence of a figure. For this sculpture, by artist Elizabeth Catlett, was inspired by Ellison's most famous written work, 'Invisible Man,' published in 1952. The lyrical, uncompromising novel is narrated by an unnamed Black man who describes his agonizing search for identity in a society largely hostile to African Americans and blind to the suffering and indignities of the Black experience. The sculpture bears an inscription of the novel's opening words: 'I am an invisible man…I am invisible, understand, simply because people refuse to see me.' Widely recognized as one of the greatest American novels of the 20th century, 'Invisible Man' won the National Book Award in 1953 and remains one of the most searing portraits of modern American life.