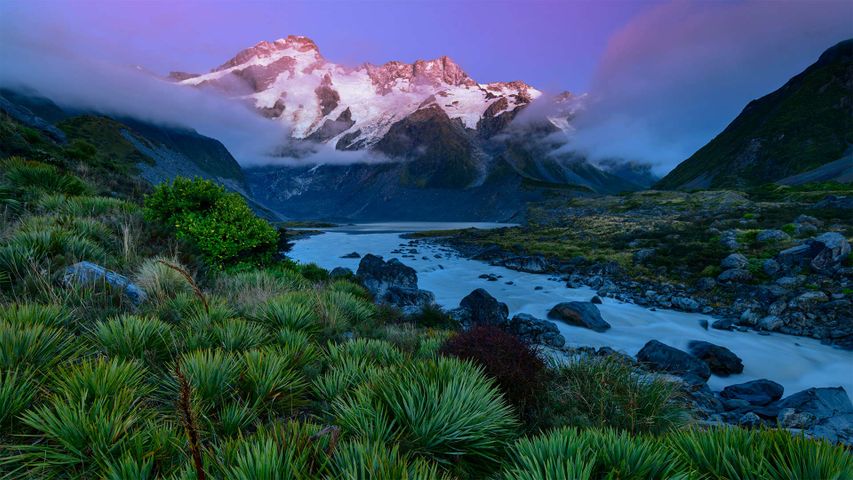 Where is this gorgeous peak?

This spectacular landscape might just be the perfect place to celebrate Waitangi Day, New Zealand's national holiday. It commemorates the 1840 treaty between Britain and some 500 Māori chiefs that established British law in the island nation. The Treaty of Waitangi is considered New Zealand’s founding document and a cornerstone in the country’s history. Another important legacy of the treaty is that it provided the framework for political relations between New Zealand’s government and the indigenous Māori people.

Perhaps nothing symbolizes negotiations between those two parties better than the land you see here, which has been preserved as a national park since 1953. Our image shows the glacier-capped peak of Mount Sefton, one of the many tall mountains here in the Southern Alps. Just a few miles away towers New Zealand's tallest peak, originally called Aoraki by the Māori, who named it after a mythological figure. The mountain was given its English name, Mount Cook, in 1851, in honour of Captain James Cook, the British explorer who circumnavigated and mapped the country in the 1770s. An agreement in 1998 between the government and Māori leaders officially renamed both the peak and the park to Aoraki/Mount Cook. It's one of the few renamed areas in New Zealand where the Māori name precedes the English.