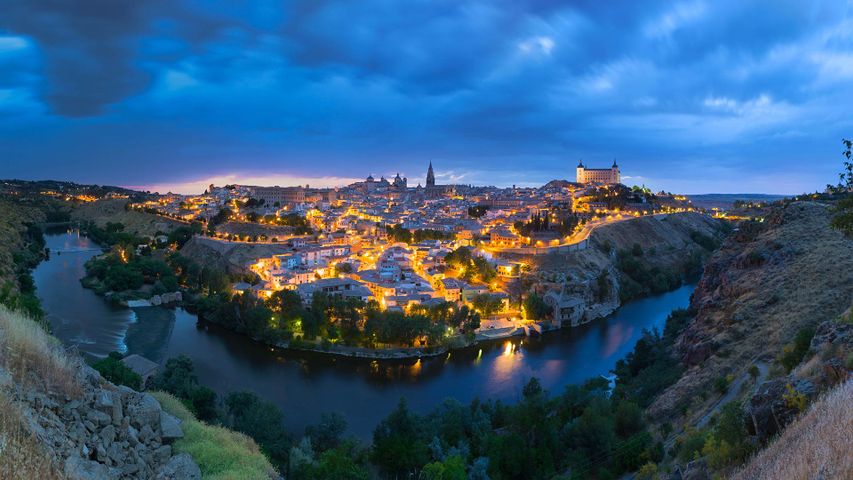 The imperial city of the three cultures

Today we’re taking a trip to Toledo, the city that Holy Roman Emperor Carlos V made the capital of his kingdoms in Spain in the 16th century. Located in a bend of the Tagus river, Toledo was an important military, political and cultural centre. Today, it is known as the ‘city of the three cultures’ after Christian, Jew, and Muslim communities co-existed here for centuries.

The panoramic view we’re showing off today is of the old town - taken from the “Valley viewpoint”. In it you can see several of city’s most famous buildings like the Alcázar (a defensive castle on the right) and the Gothic Cathedral of Santa María (in the centre). At its feet lies the Jewish quarter which still retains most of its original constructions. It’s also where you will find Greek painter El Greco’s house as well as some of the dwellings of blacksmiths who made Toledo steel famous among the nobles of the Middle Ages.

Ghost fungi on a tree in the Atherton Tablelands, Queensland

Opal mine tunnels at Coober Pedy in South Australia