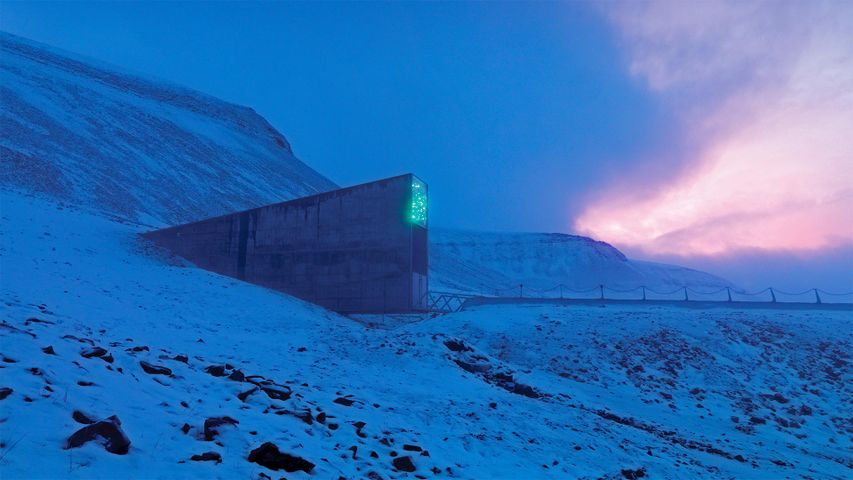 Even nature needs a backup plan…

This glittering monolith of cold metal buried deep within a mountain was built to house 4.5 million different seed samples, ensuring the planet’s biodiverse plant life can live again, should it be wiped out by some cataclysmic event.

The Svalbard Global Seed Vault, better known by its ominous nickname, the Doomsday Vault, was established on this far-northern Norwegian isle in 2008 to archive frozen genetic copies of seeds already housed in seed banks around the world: the backups’ backup, as it were. Kept at -18C in the Seed Vault, precious botanicals from food to flowers are safe from disasters, even of the apocalyptic variety. After all, it'll take a healthy diet of veggies to fight off all those zombies.

A muskox and her calf in Dovrefjell-Sunndalsfjella National Park, Norway

Village Bay on the island of Hirta, Scotland